2017 marked a great year for the royal family 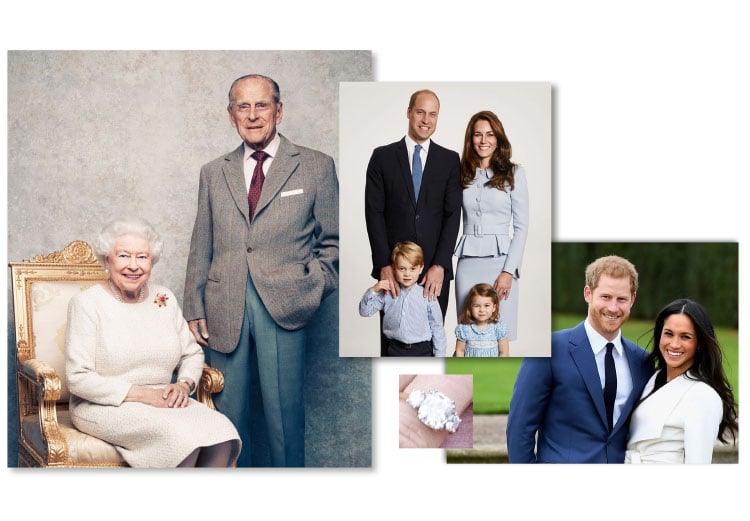 From baby news, a milestone wedding anniversary and a royal engagement, 2017 marked several happy events for the royal family

On the 20th of November 2017 the Queen and Prince Philip celebrated their platinum anniversary. At 96, the Duke is the longest serving royal consort in British history, and alongside the Queen being the longest reigning monarch, are the first to celebrate a 70th wedding anniversary.

The royal couple celebrated at a special party at Windsor Castle, surrounded by their children and grandchildren, with more than 100 guests gathering in the State Apartments to raise a toast to the Queen and Prince Philip, who tied the knot at Westminster Abbey in 1947.

To mark their 70th wedding anniversary, the Queen appointed Philip the Duke of Edinburgh Knight Grand Cross of the Royal Victorian Order (GCVO), honouring him for “services to the sovereign”.

During her reign, the Queen has faced many ups and downs including the breakdown of three of their four children’s marriages. However, on the upside, they are now expecting the arrival of their sixth great-grandchild, who will be fifth in line to the throne.

The Duke and Duchess of Cambridge’s third child is due in April, and it will be a sibling for Prince George, four, and Princess Charlotte of Cambridge, two. As with her previous pregnancies, the duchess suffered from severe morning sickness and as a result, had to delay some of her engagements in the earlier stages of her pregnancy.

The duchess is expected to give birth at the private Lindo wing of St Mary’s hospital in Paddington, which is where her other children were born.

More recently, wedding fever has hit the royal household with the engagement of Prince Harry to American actress Meghan Markle. At the end of November, Clarence House announced the engagement and that they plan to wed in May 2018 at St George’s Chapel at Windsor Castle.

In their first joint TV interview the prince said that Ms Markle “just tripped and fell into my life.” A Buckingham Palace spokesman said that the Queen and Duke of Edinburgh were “delighted for the couple and wish them every happiness”.

The prince revealed that he proposed to the US actress earlier this month saying it was a “standard, typical night for us” at his Nottingham Cottage home in the grounds of Kensington Palace, whilst roasting a chicken for dinner.

Ms Markle said: “It was just an amazing surprise. It was so sweet, and natural and very romantic. He got on one knee.” Prince William and Catherine, Duchess of Cambridge said they were “very excited for Harry and Meghan”.

Prince Harry designed the ring which is made from yellow gold and has a centre diamond from Botswana; where the couple first went camping at the start of their relationship. The ring also features two diamonds which belonged to his late mother, Diana, Princess of Wales.

Ms Markle, who is already involved with humanitarian work and is a women’s advocate with the UN, has also confirmed she will be giving up her acting career to focus on her new role.