Valentine’s Day and where it all began 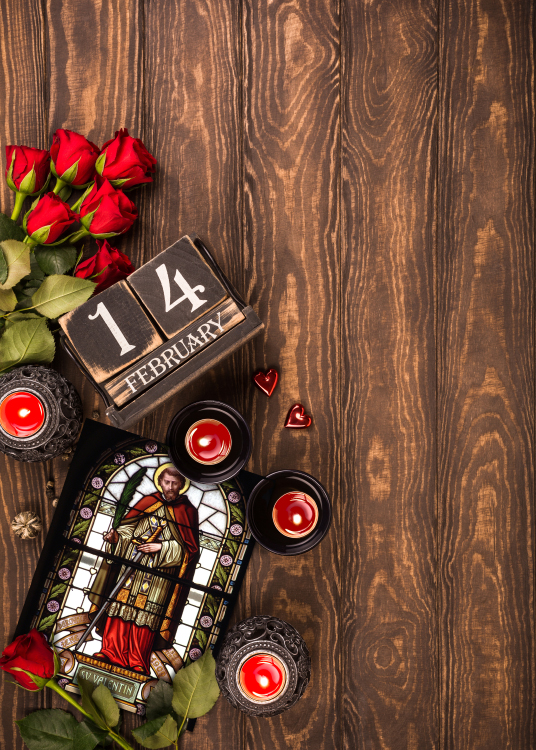 Whether the word Valentine sparks up your romantic side or fills you with dread, the age-old tradition is here

For many, today will involve making romantic plans with a loved one. But, where does Valentine’s Day actually originate? The name Valentine itself comes from a Saint and Christian martyr, although who he actually was is shrouded in mystery, just like the cards we now send. The most popular belief is that he was a priest who was jailed and sentenced to death for breaking the law (not very romantic you might think). Emperor Claudius II, banned marriage under the belief that all married men were bad soldiers.

Valentine, seeing the injustice in this and the distress it was causing, continued to marry young couples in secret but, once discovered, was swiftly arrested and condemned to death. Whilst Valentine was locked up, he fell in love with his jailer’s daughter. On the date of his execution, he sent a love letter to her, signed ‘from your Valentine’, an expression still used today.

Many, although not all, believe that Valentine’s Day is celebrated on the anniversary of his death or burial. Some historians however claim that it was in fact the Christian church which started the tradition. Seeing how popular the festival was they decided to place St Valentine’s feast day in the middle of February, in an attempt to Christianise the pagan fertility festival of Lupercalia.

Whichever story you may believe, Valentine’s Day has been celebrated across the world for centuries and continues to grow in popularity. So, like it or not, love will surely be in the air.